In the Chinese classic The Romance of the Three Kingdoms (part of which was recently adapted into a John Woo-Tony Leung extravaganza), the three warring kingdoms had to deal with a wildcard named Lu Bu, the most formidable warrior in the story. Decked out in pheasant-tailed headdress and perched atop of his powerful steed Red Hare, Lu Bu would take out all comers in battle. He's portrayed as a someone difficult to stir to fight for you, but insanely awesome if and when he fights. Trouble is, unbeatable as he is in battle, he's fatally flawed. At once treacherous and super-ambitious, Lu Bu repeatedly double-crosses his patrons but ends up being an utterly inept strategist when trying to lead his own troops.

Lu Bu came to mind as I read recent accounts of Democrats yearning for HRC to be unleashed against GOP's now not-so-secret weapon: Sarah "Spiro" Palin. I'm part of this crowd, too (and not just because I used to drop all my books and run over and anytime someone yelled "girlfight!" in the schoolyard). I kept thinking just wait, you fucktard, Obama will let his female surrogates fight the dirty fight. If Hillary can be stirred to battle, she'll go to town on this well-rehearsed naif. But you know, the warlords who sought Lu Bu's services all met unhappy ends. And with respect to Hillary, not only is she not the fearsome warrior of the liberal imagination, her strengths are almost completely opposite of Palin's. Palin's a force because she's a very good political performer who's culturally one of them, them being the white, Rust Belt working class vote that may decide the election. Like Bush in 2004, Palin's is a perfect GOP general election candidate -- clearly an inept, dangerous dimwit to anyone who's paying attention and isn't in the tank for the right-wing (those of whom are now tarred as "elites"), but a skilled performer who not only electrifies the fact-avoiding GOP base and can also prey on low-information whites by playing up cultural identification markers. 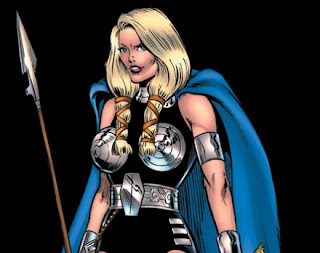 Hillary's a political force in this election not because she connects to working class voters on some root level, but because she has credibility on economic issues facing these people. So while we think Hillary will just go out there and eviscerate Palin, it's really up to her to do it. In fact, Hillary isn't some wildcard warrior, but someone whose skills fit well within Obama's strategy, which is now to re-run 1992, hammer away at economic issues no matter how loud the GOP beats their culture war drums. As much as I would like to see someone besides Andrew Sullivan and the liberal blogosphere unload on Palin, I do remember 1992 very well. Back then, the inexperienced hippie beat the respected war hero.

I'd still call McCain/Palin's plans not just "more of the same" but also "dangerous" or "extremist." And yes, Sarah Palin is new Bush, the bete noire for Democratic partisans. It would be wise to have surrogates define Palin as someone out-of-the-mainstream as early as possible, a book-banning, managerially inept radical rightist. Keep her lies, scandals and hypocrisy in the media, but as a secondary storyline. In general, it might be wise to keep the eye on the ball and not get drawn into the petty newscycle battles that the McCain team wants to play on. I hate this phrase, but yes, it's the economy, stupid.

The Kool-Aid Drinkers keep saying trust the plan. And I guess I should.
Posted by Ryan at 12:17 PM

What was the saying about a little man in need of a balcony? Rudy Giuliani, a sniveling would-be generalissimo, brings to mind that quote. What a wretched little critter.

Prior to RNC, this election has been rather painful to sit through, for someone of my sensibilities anyway. Obama is a deft counterpuncher, but he doesn't have a zest for blood and guts, still a source of immense personal frustration. Likewise, it's a bit discomfiting watching John McCain prostrate himself before the wingnut base. McCain's the true Shakespearean (or Lucasian) character this election cycle, a formerly noble man who sold his soul to the miscreants and degenerates populating what's left of the GOP base, the same folks who tormented him and took away what was his. As hungry as I've been for a piece of McCain's flesh these days, it's a little sad to see a politician I once admired live out the Anakin Skywalker story in real time.

Seeing the likes of Mittens and Noun-Verb-9/11 on stage, it's easy to imagine a far more entertaining election cycle. More blood! More explosions! Suppose Hillary went up against Rudy. Wouldn't it be just delightful to see HRC shred that loathsome cretin into mincemeat while Clintonites feed the media wolves the latest oppo research. Or if gasbag Biden went nuclear against Mittens, phony blow-dried politician extraordinaire. Alas.

After tonight, my blood is boiling again. Sarah Palin is obviously an engaging performer and cleared the 4-inch high bar the media set for her. It helps that, like all successful Republicans, she's a fabulously convincing liar. (When there's a photo of you holding up a "nowhere" t-shirt, I think it's time to cut your losses on the lies about opposing the "bridge to nowhere.") But the effusive praise is a bit daft. Is the media overcompensating? This is another instance of a tactically sound McCain move that will lead to no long-term gain. The big miscalculation is the biting, sarcastic tone. Rudy already delivered the red meat to the right-wing lunatics. What Palin needed to do was to cut an image of competence while telling her winning story. Instead, she came off as defensive and smug, throwing bon mots to the whiny ass titty babies in the audience (oh noes! another media hobgoblin will eat us! Oh noes!), and mocking "community organizers" in trying to rekindle the culture wars. This plays well with dittoheads, but with independents and suburban women (typically more focused on pocketbook issues than other voters)? (EDIT: early word is NO!)

Palin would have been a much more effective running mate had she presented a positive story initially. It would've been difficult for the Democrats to hit her hard, and she'd probably come off better to independents. She can clearly turn on the charm. Surely the base needs to get stoked, but Palin's gonna be an issue from now til November 4th. And the more hay the news media makes about Palin (and McCain's judgment and age), the less oxygen for negative Obama stories. Doubling down on the base-feeding is likely a mistake, even if McCain moves hard to the center tomorrow. (Nate Silver makes a very smart case about how an unknown like Palin has very little standing to attack a known quantity like Obama in the manner she did. I'd further add that Palin's attacks largely consisted of sneering allusions to campaign gaffes and memes that made sense mainly to those who've followed it closely, but probably lost on casual election-watchers.) Palin's swallowed the entire newsworld whole this week, and will likely to be a very visible story until election time, as the media hounds continue to sniff around Alaska, looking to break the big scandal. If the idea was to send Palin to the Dick Cheney circuit (interviews with media loyalists only, fundraisers, small rallies with true believers in deep red areas), that's not a reality now. Palin is as much a part of the GOP ticket as McCain -- and that bodes ill in the final calculus.

Truly, Palin reminds me no one so much as a female Dubya, a smug, dumb wingnut who is very adept at pushing Christianist identity buttons. A talent no doubt, but still an eminently definable enemy. And this culture war thing inflames both sides. You can bet Obama raised some serious dough tonight -- I chipped in another Benjy. All the money will be well worth it when they show shots of these fucks on the convention floor ("drill now! burn the Constitution! smart people suck!") weeping in their diapers on November 5th.

Can't say I'm terribly worried as of yet, though it wouldn't kill me if this National Enquirer story pans out.
Posted by Ryan at 12:48 AM

Whatever else you can say about McCain's vetting process, you have to figure that Sarah Palin was picked for her personal story and political skills. And surely, all the mini-scandals aside, Palin will knock this speech out of the park, no doubt drawing from the insane energy generated by a bunch of identity-obsessed "movement" wingers. I'll eat my $700 shoes if Palin isn't charming, personable, and confident in her acceptance speech.

The press has set her up to succeed wildly today. In the weeks hereafter? Not so much.

Note to Democrats: Use the word "extremist" frequently in describing Palin. This word is quite effective.
Posted by Ryan at 3:23 PM