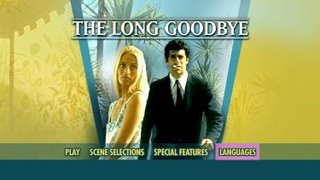 How 'bout them Democrats! 29 seats and control of the Senate! Exciting stuff, huh?

Ahm. What else? How about a few treats from the Larry King grab bag?

Extremely underrated: an additional gig of RAM and high performance all-season tires...You know what's tasty? Monkfish liver... Nancy Pelosi reminds me of Miss Lampley, my second grade teacher... Scarlett Johansson is Jewish? Oy... The best place to shop for white athletic socks is Ross... Tobey Maguire should play assholes more often... Don't have your wedding on December 23! It messes up the wedding-goers' vacation plans!... Folks often misuse the word "qua"... Sometimes, the dude at the bar with the best game is the creepy hunchback... I need to up my weight on the last set of tricep pulldowns... How many hipster boutiques can survive in one square mile? Go to Prenzlauer Berg to find out... I wonder if Bilge is a common Turkish name... The Decemberists' "Yankee Bayonet" is a song that can make a grown man cry... Be gone, accursed itch on left knee!... The world's best beer is served in a grungy little bar in New Town, Prague... Shouldn't Maxim magazine sue the producers of The Break-Up for misappropriation of the content of every issue ever published? ... Daniel Negreanu is such a payoff wizard... Given the chance between going to a Turkish Bath that attracts tourists or one that caters to locals in Budapest, you should go with the tourist one... When will they develop non-greasy hair sculpting products?... The Humorless Left lives... 4th and 2 at your opponent's 37 in a close game! Always go for it!... I am concerned about trans-fat and overfishing... Lawyers suck... Friends don't let friends ____... Has my fish been fed?... Five years ago, I would have paid $100 to download a Britney sex tape. Now?... Two of the best Firefox add-ons: Foxytunes (to control your music player with your browser) and All Peers, a file sharing program for friends... The world would be a better place if every existing copy of Better Than Ezra's "Good" is destroyed. Also, Deathcab's "The Song of Settling."... The voting patterns in Washington state disappoint me... It doesn't get any better than drip coffee from the office coffee machine... Try not to commit an unnecessary personal foul penalty on a third and long, especially when the national championship is on the line... $51 million is a lot to pay just to chat with a Shibuya punk... Do not live on goulash and potatoes if you want to look good in your thirties, ... If you're gonna taser a kid of Middle Eastern descent with no evident justification, make sure you're not surrounded by students with cellphone cameras...
Posted by Ryan at 11:56 AM