A couple years back, the Nuart, an arthouse/rep movie theater in LA, put on a series called "1962: Best Year in Movie History," which the programmers posed as a contrarian alternative to the commonly accepted annus mirabilis of cinema, 1939. That program included such immortal classics as The Manchurian Candidate and Lawrence of Arabia.

Besides those two standouts, though, it's remarkable many well-known movies screened in that series: To Kill a Mockingbird, Whatever Happened to Baby Jane?, The Miracle Worker, Days of Wines and Roses. Those were screened alongside cineaste classics like Ride the High Country and Bergman's Through the Glass, Darkly (technically a 1961 movie released in the US in '62).

It's a staggering lineup. And that year's made more impressive when you take my favorite movies from that year, Chris Marker's La Jetée and Godard's Vivre sa vie, into account. This, by coincidence, I ended up seeing a batch of movies from 1962, including The Exterminating Angel, Advise and Consent, Hatari!, L'eclisse in that new Criterion edition. That gave me an opportunity to put together a top 10 list for this year for my previous top 10s page. Long story short: while devising that list, I had to conclude that, yes, 1962 is one amazing year for movies, giving birth to this post. I mean, check out this lineup: 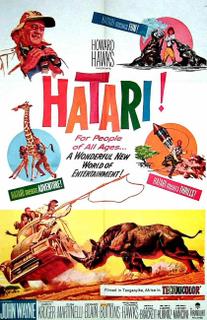 Just off are movies like Sundays and Cybele, Whatever Happened to Baby Jane?, Carnival of Souls, Losey's Eve, and Pasolini's Momma Roma. And the above list doesn't include the various acclaimed movies I haven't seen like Cape Fear, My Name is Ivan, Family Diary, The Music Man, I Fidanzati, Two Weeks in Another Town, These are the Damned, Loneliness of the Long Distance Runner, Zatoichi, The Trial of Joan of Arc, etc.

You might wondering, is there an actual point to this post besides nerdy navel-gazing on the level of an Auteurist Zombie thread? Well, not really.

But I'll posit a theory to avoid the stench of unmitigated navel-gazing: It's true that using these "greatest year" debates rely on something essentially arbitrary -- the calendar year as the time interval of measurement. It's probably more instructive to look at a "great" year as a peak of a golden period, a burst of creativity and accomplishment that might last anywhere from two to five years. 1962, like other commonly-cited great years such as 1955, 1974, or 1939, aren't flukes. Those years instead mark a crest in an uncommonly fertile period for movies. For me, the early 60s stand out as the peak period for cinema because it's at the nexus of a number of developments: you have the Nouvelle Vague just exploding on the scene, the "mature" (not quite "late") period of classic Hollywood auteurs, the transition point between the Old Japanese Masters and the Japanese New Wave, and the intersection of Italian neo-realism and the Italian new wave, and generally a much greater willingness on the part of filmmakers to tackle political material. The remarkably fecund early Sixties marked a transition from an art form's classical period to its modernist period, a tantalizingly brief window of time where Ford and Godard share movie marquees.

1962 is the peak of that awesome period. That year included many elegiac, autumnal pictures like Ozu's last movie (appropriately titled) An Autumn Afternoon, John Ford's last great western Liberty Valence, Hatari!, which is probably the purest "Hawks movie" Hawks ever made, and his last great picture. Kubrick, Polanski, Bertolucci, Pasolini, and Peckinpah were just starting out, with both Polanski and Peckinpah making one of their very best. Bunuel made arguably his greatest picture The Exterminating Angel, the most potent lampooning of bourgeois dependence put on film. The two great modernist masters, Antonioni and Godard, were operating at the height of their powers. And the two most incisive, urgent political movies to ever come out of Hollywood were from this year: The Manchurian Candidate and Otto Preminger's compulsively watchable Advise and Consent, my pick as the most astutely observed movie about American politics ever made. And Jack Lemmon boozed it up and Bette Davis camped it up in two of their most memorable roles. It's a list filled with masterpieces and near-masterpieces, with some signature works by the artform's most luminous practioners.

So there you have it: an airtight case for 1962 as the greatest year in movie history. Your favorite movie year just doesn't match up. Sorry, nerd.
Posted by Ryan at 4:45 PM

The Wrigley Building, the Union Stockyard, and Big Heads 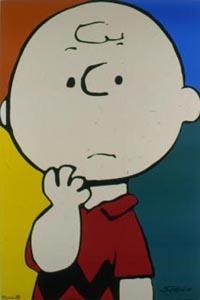 Two years ago, when my cousin got hired by a graphics design outfit based in Chicago, he asked me what my impressions were of the Windy City. I immediately told him the key fact: "Chicago's a city where people have big-ass heads. I mean huge!" I held out my hands and gestured like I was picking up a watermelon. "This big," I exclaimed. He gave me a puzzled look as I launched into a wild soliloquy, describing the preternaturally large head of Mike Ditka, who's the patron saint of Chicago, theorizing on the relationship of the Midwestern diet to head size, and advancing pet ideas concerning Polish ancestory's effect on head size. After my ten minute presentation, looking bored and skeptical, my cousin replied, "okay, I'll look out for it." Four months later, when he came back for a visit, he told me excitedly that I was dead on, that there are indeed an alarmingly large number of big-headed people in Chicago. And he couldn't for the life of him figure out why this is so.

I hadn't thought about this fascinating question in a while, until that last steroids post. Today I began to wonder anew: what accounts for Chicagoans' humongous heads? Heads the size of that red rubber handball that I played with in 2nd grade. Heads so wide that the ears reach the vertical plane of the shoulder blades. Is it an evolutionary mutation to protect the brain against the heavy gusts coming in from Lake Michigan? The aforementioned a 12" pizza for dinner diet?

Other pressing questions of the Age: why are so many young Latino men completely obsessed with fey British troubadour Morrissey? Do Asians have a genetic predisposition to like Erasure?
Posted by Ryan at 2:35 PM

Anabolic steroids. It enhances muscle mass, aids muscle recovery, slows down the effects of aging, and gives you some seriously nasty backne. It also shrinks your testicles. The president has spoken about it. Kids have died from overdose. But what concerns me most about steroids aren't the health issues, dangerous as it may be. It's that rampant steroid use by baseball players has fucked up the favorite parlor game for baseball statheads, Who's a Hall-of-Famer?

Before the steroid era, you've got some simple benchmarks for induction into the Hall of Fame: 300 wins, 3000 hits, and/or 500 homers will get you in. Short of that, the voters will look at whether you were a dominant player for a long stretch, or an all-star-but-not-quite-MVP material for an even longer stretch. It's harder to evaluate those essential qualities, though primo stathead site Baseball Reference gives you four different metrics to evaluate potential HOFers.

However, BR has not yet incorporated the new cutting-edge "metric," which is hat-size-to-home-run-ratio. Example: you start out donning a size-7 baseball cap, and after five years of mysterious head-growth, you're now at a Charlie Brown size-8. Well, bud, not only do you start looking like a big-headed doofus, your 550 homers might not cut it. (625 homers should be the bare minimum for 1 hat-size increase over five years.) Seriously, I don't know that Mark McGwire or Sammy Sosa deserve entry into the Hall, given that their credentials -- unlike, say, Barry Bonds' -- depend entirely on their career home run totals. And those dinger totals are more than likely padded by the Juice. Raffy, of course, is also on the fence, mainly because unlike Sammy and Big Mac, Palmeiro was never a dominant player. He was a pretty good player who somehow become a hall-of-fame candidate when his career took a big spike while the man's in his early 30s. Frank Thomas, I think, has a better case.

You see where this post is going, but I'm gonna make an abrupt detour and look at pitchers, particularly the one who intrigues most: John Smoltz. Smoltz has been a dominant pitcher, but only spottily so. He's finished in the top 5 Cy Young voting three times, but failed to finish in the top ten in every other season. He's won the Cy outright in '96, has been a dominant closer, and boasts a glittering postseason ERA. But he's also been injured too many times, and will be lucky to reach 200 wins/3,000 KO, which puts him where almost-HOFers like Curt Schilling and Mike Mussina are. However, he's notched 150+ saves, and will probably go back to closing before his career ends. As Jack Morris is in the HoFer debates now, Smoltz will be the subject of the most furious and interesting debates when he's up for induction. (Schilling is a no. Mussina, if he has two or three more good seasons, a yes.) It's no surprise then that, on BR, his numbers show Smoltz has reached HoF levels by two metrics, but not so by two others.

Smoltz is back starting and doing well, but I think he needs at least three more solid seasons to be a strong candidate. The Hall's tougher on pitchers (no surprise since pitchers tend to have shorter careers and suffer greater risk of injury) as the inductee list shows. If we're lucky, perhaps five or six active pitchers over 30 will be HOFers one day. The Rocket, Greg Maddux and Pedro are locks, and the Big Unit and Mo Rivera near-certainties. Glavine will probably eke out 300 wins and get in, Don Sutton style. That leaves Smoltz, Schilling, and Mussina as the marginal candidates, guys who were star pitchers, but not quite the all-timers that belong. I wouldn't bet against Smoltzy (one of my favorite pitchers), but he needs to kick ass a few more years.

Speaking of the Rocket, I am in fucking awe. The man is having one of the best seasons ever. His ERA is at a Bob Gibsonesque 1.32. He may well post the lowest adjusted ERA+ (ERA relative to league ERA) post-1900, the best single stat in determining pitching performance. If Roger keeps it up, he'll surpass Pedro's inhuman 2000 season (currently the best adjusted ERA+ year, post-1900). ESPN posted a poll asking if this is Roger's best season ever. The other choices were:

As good as Clemens has been over the years, to possibly post a sub-1.50 ERA at age 43 would be a greater accomplishment than even those great seasons. Due to the total lack of run support, Roger probably won't win the Cy since he won't finish with more than 15 wins. I guess that would be poetic justice for having snatched the Cy away from Randy Johnson last year due to generous run support. (Run support is beyond a pitcher's control, buds. ERA isn't -- mostly.) The Cy Young voters might be braindead, but that doesn't diminish Clemens' likely-to-be-historic season.

[Just as I post this, there's a rumor apparently going around the ESPN studios that Clemens has been busted for 'roids. Man, I hope it's not true.]
Posted by Ryan at 1:08 PM